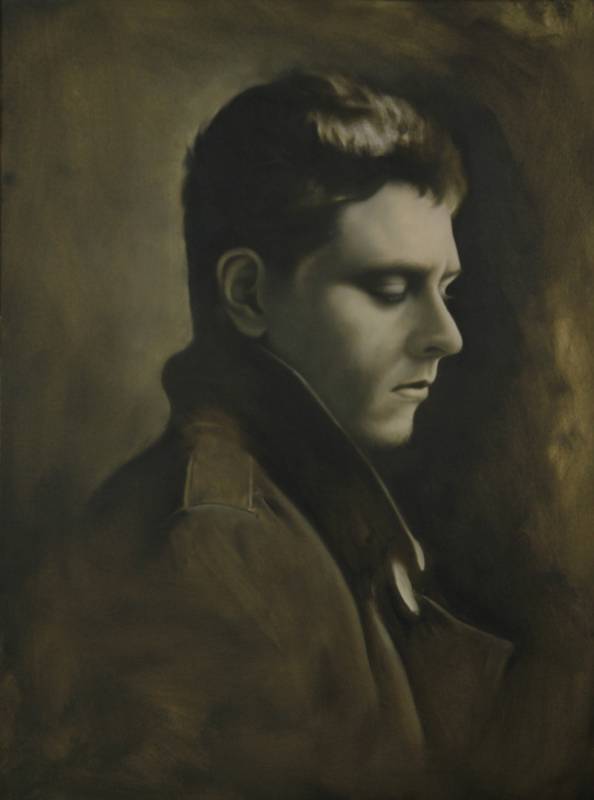 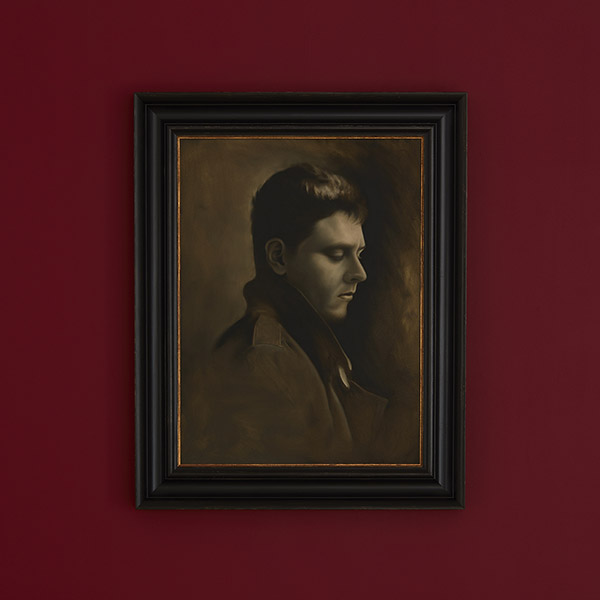 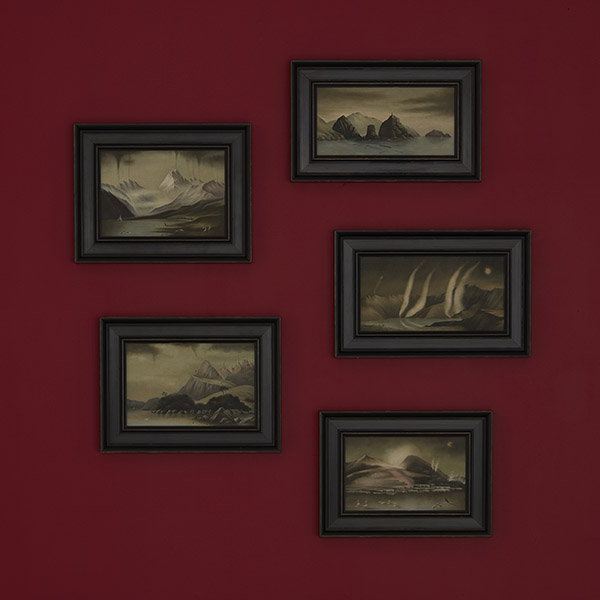 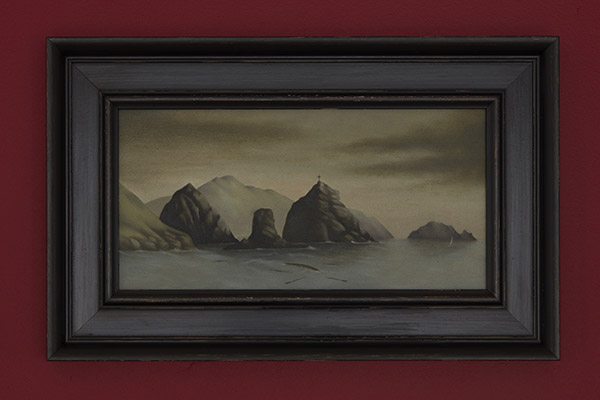 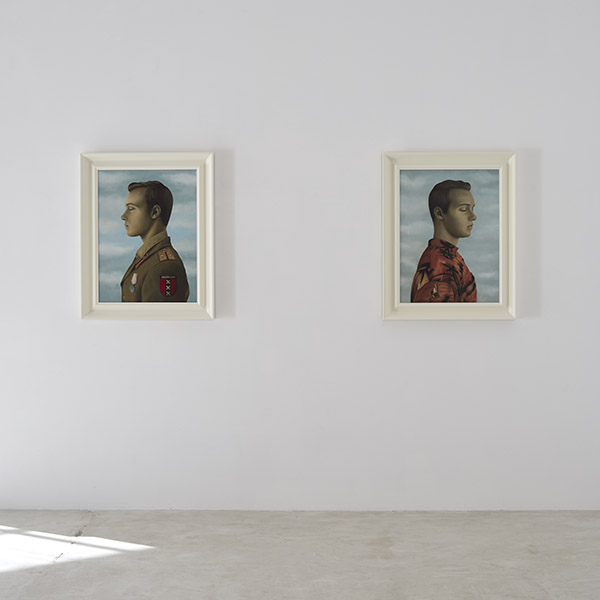 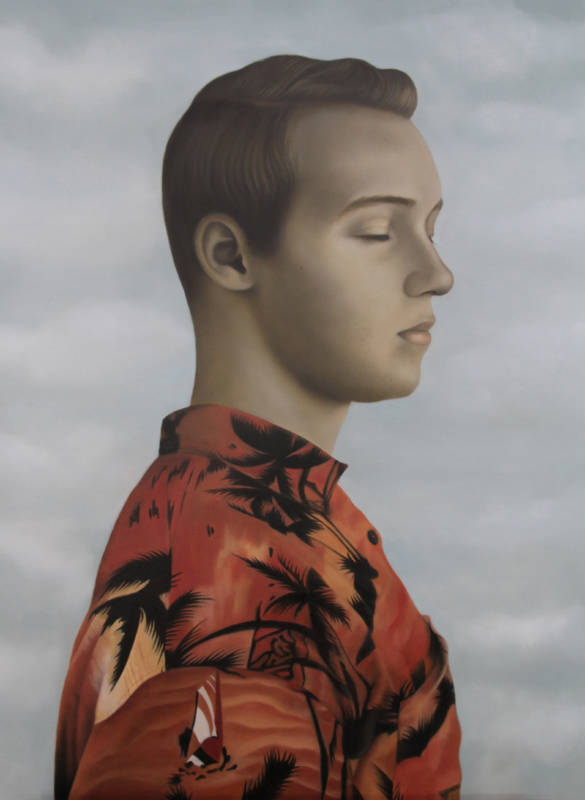 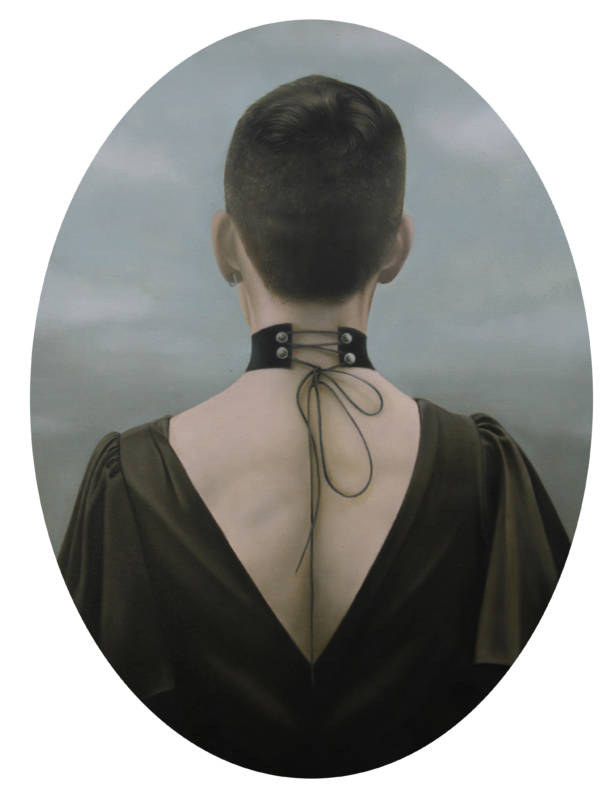 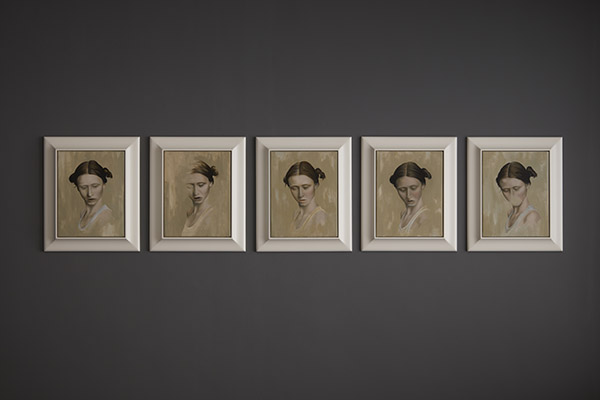 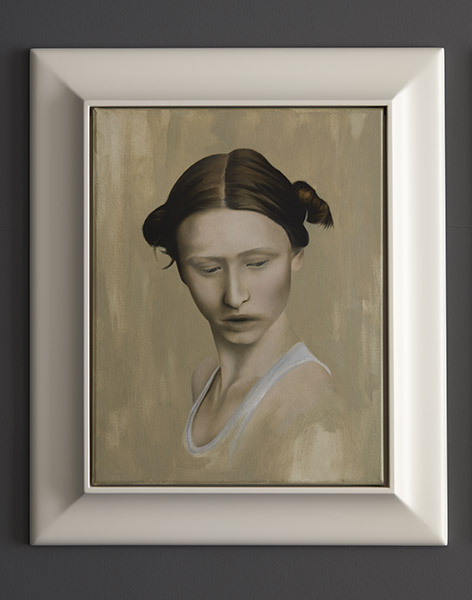 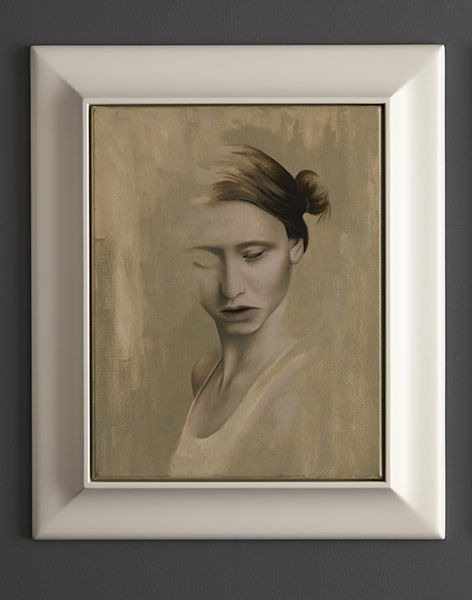 Trish Clark Gallery is pleased to present Heather Straka’s second solo exhibition at the gallery, The Strangers’ Room. Conceived as a rich coda to her earlier Maori Chiefs series of adjusted portraits by Victorian artists, adorned with religious, political and cross-cultural references; and mindful of the identity politics and historic idealism inherent in current global migration crises, Straka now delivers us a moody exploration of gender-separated ‘otherness’.

Beyond Straka’s long-time investigation of identity/cultural politics, this exhibition enlarges that arena of cultural and gender separation into the yet more esoteric area of ‘the other’. Sara Ahmed’s Strange Encounters: Embodied Others in Post-Coloniality was one of the prompts for Straka’s consideration of the notion of ‘the stranger’ – ineluctably referenced back to her own origins and those of the colonial culture in which she matured. Experiencing the ‘Strangers’ Room’ – a separate room allocated for women with a slot in a door for communication purposes – in The Invercargill Club (a gentlemen’s Club in the far south of New Zealand) galvanized Straka’s thinking.

For this exhibition Straka scoured New Zealand hunting down historic frames in Masonic Lodges, re-considered the Waikato Wars and her series Blood Lust, and the impact of Auckland Art Gallery Toi o Tamaki’s recent Lindauer exhibition with its earlier foreign exposure, together with the shame of each post-colonial country’s collision of cultures with indigenous peoples, amidst butchered landscapes. The viewer’s gaze inside (insight) is denied in all these portraits; they truly are depictions of ‘the other’ – each resists further identification: of race, beliefs, motivations.