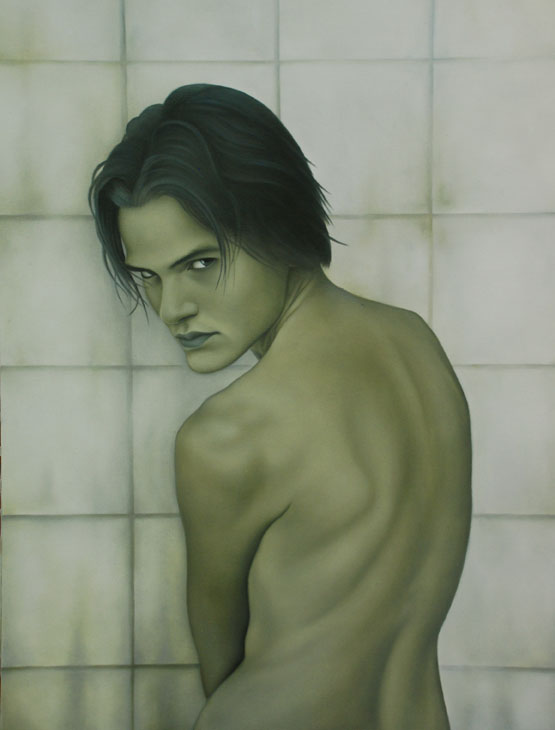 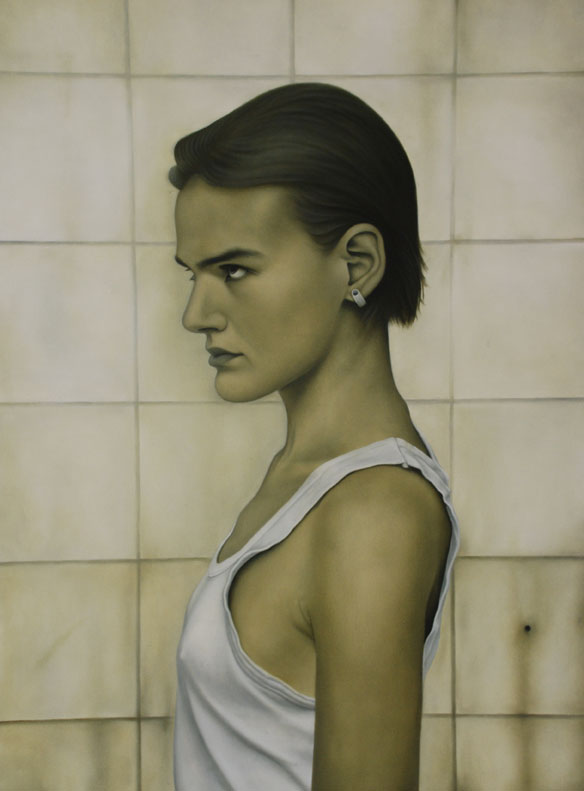 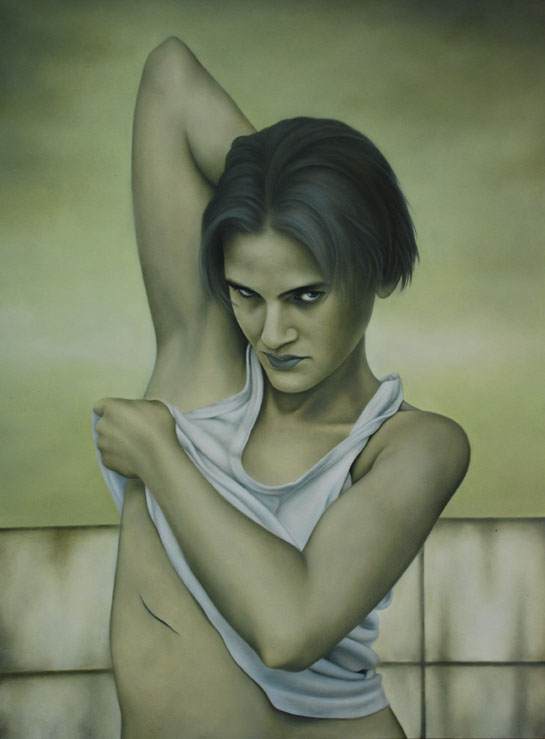 The strength of the female gaze is celebrated in Heather Straka’s new exhibition entitled Donor. Amanda, an Auckland model, is the principal donor here, having posed for Ms Straka in bust views ranging from profile and three-quarter, to the front on. And a serious full frontal it is too. But who is looking at whom in these portraits? And just what do they have in mind? In other words, there is quite a range of psychology implicated here. “Repeat after me…Amanda #2” is a provocative mix of come hither and do not touch – not because she appears armless but because of the withering stare, aimed pointedly out from under the brow.

A similar air of menace and strength is felt in the gaze of #3. We look at the back of a torso in twist, but our gaze is met with a look almost bully-ish in intent. Amanda is boy-ish, or at the very least, androgyn here. And while there is some vulnerability implied in the lifting of arm and singlet to reveal a (Christ-like, or is it Sebastian-like?) wound in #6, the suggestion is that we (doubters) approach very much at our own risk.

We are held at a taut distance from the implied sensuality of these paintings. Amanda’s is a handsome presence, but her pleasure is merely suggested. And herein lies the crux of Straka’s naturalism. In painterly terms, her powers of suggestion reside in the flat, almost air-brushed quality to the surface of her paintings. Things feel as they look – tight and almost air-less.

I want to contrast this (probably surprisingly) with Evelyn Page’s “Summer Morn”, one of Christchurch Art Gallery’s best-known oils on canvas, from 1929. They have similar subjects, but are very different in terms of treatment. Both involve woman posing for woman, but the latter nude stands on the banks of the Karamea, described impressionistically, tall and rich in beautifully dappled colour and light. Straka’s Amanda however, is set most often hard against an interior tile wall – evocative of the ceramic surfaces in earlier Straka paintings. The feeling tends to the claustrophobic, and the background is stained, almost dirty at times.
Sensual figure painting is largely unexplored territory in New Zealand art. Grahame Sydney and Ian Scott have worked the genre in recent times. But Straka’s and Page’s efforts are more striking and more mysterious. While very different in look, I think they evoke fascinatingly similar stories.